A diabetes drug gangrene lawsuit concerns a class of type 2 diabetes drugs called sodium-glucose cotransporter-2 (SGLT-2) inhibitors.  These drugs have caused serious genital infections known as necrotizing fasciitis of the perineum, also referred to as Fournier’s gangrene.  The FDA warned on August 29, 2018 that some diabetes drugs can cause this infection and lead to painful surgery.  The warning includes the diabetes drugs Invokana, Invokamet, Farxiga, Jardiance, and Steglatro.

The FDA action requires the makers of these drugs to add a new warning about this serious risk to the prescribing information of all SGLT2 inhibitors, as well as to the patient Medication Guide. 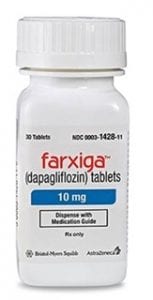 Fournier’s gangrene is a rare but life-threatening bacterial infection of the tissue under the skin that surrounds muscles, nerves, fat, and blood vessels of the perineum.  This is the space between the anus and scrotum in the male and between the anus and vulva in the female. The bacteria usually get into the body through a cut or break in the skin, where they quickly spread and destroy the tissue they infect.

From March 2013 to May 2018, the FDA says it found 12 cases of Fournier’s gangrene in patients taking an SGLT-2 inhibitor.  But that number includes only reports submitted to FDA and found in the medical literature.  The FDA admits there may be more cases about which it is not aware. 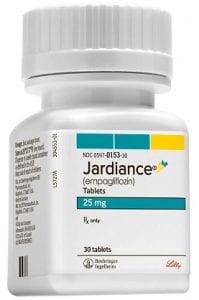 The FDA estimates that some 1.7 million patients received a dispensed prescription for an SGLT-2 inhibitor in 2017.  The agency said that the 12 Fournier’s gangrene cases it saw included 7 men and 5 women.  All developed Fournier’s gangrene several months after starting an SGLT2 inhibitor.  All 12 were hospitalized and required surgery. Some suffered multiple disfiguring surgeries.  Some developed complications.  One patient died.  By contrast, the agency said that “only six cases of Fournier’s gangrene (all in men) were identified in review of other antidiabetic drug classes over a period of more than 30 years.

Our law firm is pursuing cases involving injuries from Invokana and other SGLT2 Inhibitor drugs.  Contact us for a free legal consultation if you or someone you love suffered genital infection, Fournier’s gangrene, necrotizing fasciitis, or amputation of the genitals after taking an SGL2 Inhibitor drug —  Invokana, Farxiga, Jardiance, or Steglatro. 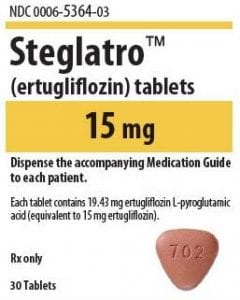