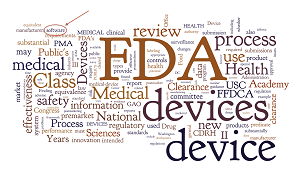 While power morcellators can spread undetected uterine cancer when used for fibroid removal or hysterectomies, word comes from the FDA that current ovarian cancer screening is not reliable. Morcellators can spread undetected cancer during hysterectomy or fibroid removal and lead to more serious forms of uterine and ovarian cancer.

FDA issued a safety communication September 7, 2016 to women and physicians, including those working in Primary Care, Obstetrics and Gynecology, Oncology, Gynecologic Oncology, and Genetic Counseling.

Morcellator Safety Questions Abound
The FDA said it was especially concerned about delaying preventive treatments for symptomless women at increased risk of ovarian cancer. But at the same time, the FDA recommends against using currently offered ovarian cancer screening tests.

Ovarian Cancer Genesis
The National Cancer Institute estimates that more than 22,000 women will be diagnosed with ovarian cancer in 2016. Ovarian cancer is the fifth leading cause of cancer-related deaths among American women.

Abnormal cells in or near the ovaries can grow into a malignant tumor that can turn cancerous. Women who have reached menopause or who have a family history of ovarian cancer, and women with the BRCA1 or BRCA2 genetic mutations are most at risk for developing ovarian cancer.

Summary of Problem and Scope

Abcodia Incorporated
The FDA referenced Abcodia Incorporated in its safety alert. That company began marketing its Risk of Ovarian Cancer Algorithm (ROCA) test in the United States. It claimed ROCA could screen for and detect ovarian cancer before symptoms appeared. The company claimed its test could increase the chance for survival. But the data failed to support the company’s claims.

FDA voiced its concern that women and their physicians could be misled by claims of ovarian cancer screeners that can’t reliably screen. The agency said it doesn’t want women to “rely on inaccurate results to make treatment decisions.”

FDA also said some ovarian screening tests could present a false positive reading. Such women might undergo more medical tests and even unnecessary surgery. They might then experience complications related to both. In addition, test results might not show ovarian cancer even though cancer is present (a false-negative). That could lead women to delay or not seek surgery or other treatments for ovarian cancer.

“At this time (Sept. 7, 2016), the FDA is not aware of any valid scientific data to support the use of any test, including using a test cleared or approved by FDA for other uses, as a screening tool for ovarian cancer.”

Morcellator Use Questionable at Best

With such a powerful statement from the FDA, it is fair to ask whether power morcellators for hysterectomy should be used on any woman at this time.  When power morcellators are used on undetected cancer tissue, they can spread the disease and even make it much more lethal.