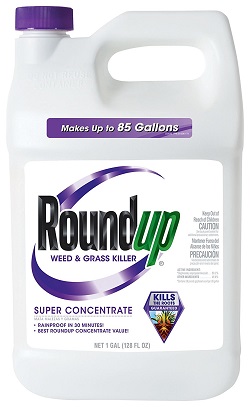 Monsanto’s glyphosate – the only active ingredient listed in Roundup – disrupts hormones, suggests a new review of research. The most widely-used weedkilling chemical, glyphosate has been shown in prior studies to affect hormones, in addition to causing non-Hodgkin’s lymphoma and a host of other health problems.

Juan Munoz, Tammy Bleak, and Gloria Calaf are all affiliated with the University of Tarapacá in Chile. They said their joint effort is the first to consolidate the mechanistic evidence on glyphosate as an endocrine-disrupting chemical (EDC). The three say some of the evidence suggests glyphosate can change the biosynthesis of sex hormones.

Mr. Barr – who directs an Emory program inside an NIH-funded human exposure research center – said the study results are not surprising because glyphosate shares similarities with many other endocrine-disrupting pesticides. The Monsanto product is more concerning, however, because its use on so many crops and in so many residential applications far surpasses that of other pesticides.

The director of the Global Observatory on Pollution and Health, Phil Landrigan, a professor of biology at Boston College, said the review pulled together “strong evidence” that glyphosate is an endocrine disruptor.

Dr. Landrigan added: “The report is consistent with a larger body of literature indicating that glyphosate has a wide range of adverse health effects, findings that overturn Monsanto’s long-standing portrayal of glyphosate as a benign chemical with no negative impacts on human health.”

“We continue to pursue justice for our clients who used Roundup and developed cancer,” said attorney David P. Matthews, whose law firm represents hundreds of people who allege that they developed cancer — usually leukemia — from Roundup use. “We share our clients frustration that the courts in St. Louis have decided to delay further trials in these cases. We look forward to the day when we can face Monsanto in a court of law.”