Exposure to the Monsanto chemical glyphosate increases one’s cancer risk by 41%, according to a new analysis.  Classified as an herbicide (which is a type of pesticide), glyphosate is the only named active ingredient in Roundup, the world’s most popular killer.

To arrive at the 41% increased risk, University of Washington researchers evaluated glyphosate exposure studies already completed, along with some other studies concerning other weed killers.  The UW researchers concluded that Monsanto’s Roundup significantly increases the risk of non-Hodgkin lymphoma (NHL), a cancer of the immune system.

The study’s authors published their findings in the journal Mutation Research. They wrote:  “All of the meta-analyses conducted to date, including our own, consistently report the same key finding: exposure to GBHs (glyphosate-based herbicides) are associated with an increased risk of NHL.”

The U.S. EPA had, in its initial assessment, also determined that Roundup was potentially a human carcinogen, but then Monsanto went to work on some of the agency’s employees until the EPA was finally bent to do the chemical giant’s bidding.  Roundup’s link to cancer was first discovered more than three decades ago by one of the industry-captured agencies which Monsanto now uses as cover. 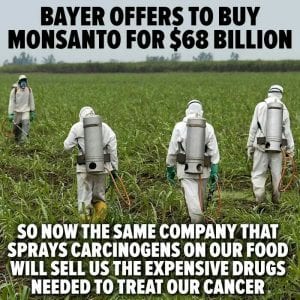 The actual carcinogenic risks of glyphosate can be difficult to decipher given Monsanto’s long-standing financial relationships with career politicians from both sides of the twisted aisle, as well as with individuals working in appointed positions in the U.S. government, most pointedly in the EPA.

The U.S. EPA – the so-called Environmental Protection Agency – first classified glyphosate as a Class C carcinogen in 1985.  But the agency later inexplicably reversed course and gave Monsanto license to sell it.

Monsanto then tried to persuade the EPA that glyphosate was not carcinogenic.  Monsanto got help from Dr. George Levinskas.  As the company’s Director of Environmental Assessment and Toxicology, Levinskas was a lead player in the cover up of the carcinogenic potential of the now banned PCBs in the 1970s – which continue to damage people and animals to this day. 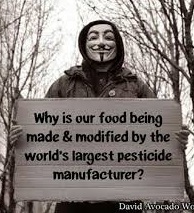 According to Sustainable Pulse, in April 1985 Dr. Levinskas wrote an internal company letter stating: “Senior management at the EPA is reviewing a proposal to classify glyphosate as a class C “possible human carcinogen” because of kidney adenomas in male mice.  Dr. Marvin Kuschner will review kidney sections and present his evaluation of them to the EPA in an effort to persuade the agency that the observed tumors are not related to glyphosate.”

It was a hard sell for Monsanto, but not that hard.  The company was, after all, dealing with a government agency which also counts the toxic poisoning of Americans’ drinking water as one of the 20th century’s greatest accomplishments (See Mullenix 2014).   In 1991, the EPA simply changed classification of glyphosate from Class C “Suggestive of Carconogenic Potential” to Class E to suggest “evidence of non-carcinogenicity for humans.”

Two EPA scientists refused to sign for the classification change, which, fortuitously for Monsanto, occurred just as the company was developing its first Roundup-Ready (glyphosate-resistant) GM crops (Eureka!).  GMO seeds depend on the copious use of glyphosate, which, besides helping to raise the world’s cancer statistics, has also engendered the growth of superweeds which have developed immunity to the glyphosate poison.  Birds, bees, humans and other animals, unfortunately, have not been so lucky.  One would have to be living on the moon now to not know how Monsanto pesticides like Roundup and Bayer’s neonicotinoids have helped kill off more than half the world’s pollinator bees.

Another industry-captured regulator, the European Food Safety Authority, also maintains that glyphosate is safe.  And  Bayer, which acquired Monsanto in 2018, has called glyphosate a “safe and efficient weed control tool.”

In 2015, however, the World Health Organization’s International Agency for Research on Cancer classified glyphosate as “probably carcinogenic to humans.”  The chemical has since triggered thousands of lawsuits brought by people who believe their exposure to Roundup caused their non-Hodgkin’s lymphoma.

The authors of the UW report analyzed all published studies on the impact of glyphosate on humans.

Co-author and doctoral student Rachel Shaffer said in a statement: “This research provides the most up-to-date analysis of glyphosate and its link with Non-Hodgkin Lymphoma, incorporating a 2018 study of more than 54,000 people who work as licensed pesticide applicators.” The scientists also assessed studies on animals.

Focusing on data relating to people with the “highest exposure” to the herbicide, the researchers concluded that a “compelling link” exists between glyphosate exposure and a greater risk of developing non-Hodgkin lymphoma. Senior author Lianne Sheppard, professor in biostatistics and environmental and occupational health sciences, said she was “convinced” of the carcinogenic properties of the chemical. 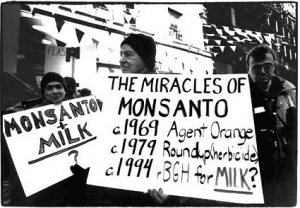 Bayer called the new analysis a “statistical manipulation” with “serious methodological flaws.” The company added for good measure that the study “provides no scientifically valid evidence that contradicts the conclusions of the extensive body of science demonstrating that glyphosate-based herbicides are not carcinogenic.”

The UW study authors do note some limitations of their analysis, such as that “limited published data” was available to them.  They also wrote that the studies they evaluated varied in the population groups they targeted.  They noted that the glyphosate exposure levels of the participants differed between reports.

A biosciences professor at the University of Central Lancashire, Francis Martin, told CNN that since glyphosate is used as a general purpose herbicide there will be exposure in the general population.  He further noted that the report was limited by the small number of existing studies, though he also stressed the authors were “honestly self-reflective on the limitations of the analyses.”

Mr. Martin said the report shows a need for new, well-designed robust studies, because the ones available are indeed small. 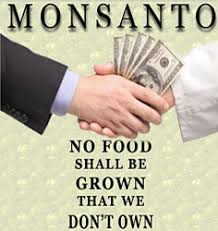