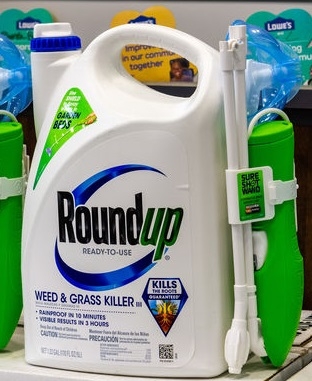 Chemical giant Monsanto/Bayer faces six Roundup cancer cases scheduled for trial in 2020. Among the plaintiffs in the 2020 trials are two children who suffer from non-Hodgkin’s lymphoma. Their lawsuit petitions claim they contracted NHL as a result of Roundup (glyphosate) exposure.

The word glyphosate always deserves special scrutiny, because Monsanto’s false representation of glyphosate lies in the rotten heart of the company’s entire defense. Monsanto and the U.S. EPA would have us believe that glyphosate is the most important chemical in Roundup, because, they say, it’s the only active one listed in the ingredients. The truth of the matter is far removed from that ruse.

While Monsanto lists glyphosate as the only active ingredient, the notion that it is the only important one is insulting, ludicrous. A cursory examination of the Roundup concoction and how it works proves that EPA officials have either been completely hoodwinked or completely co-opted by their friendly relations with industry.  No citizens’ groups, organic farmers, plaintiffs’ lawyers, or people suffering non-Hodgkin lymphoma from Roundup exposure enjoy friendly access to EPA officials, records, and investigations like that which we see between Monsanto and EPA scientists like Jess Rowland.

Documents discovered by U.S. Right to Know have shown how the EPA’s infamous Rowland shared emails with Monsanto executives, telling them how he could quash at least one study examining the link between Roundup and cancer.

Other internal emails prove Monsanto developed hit lists to attack or “neutralize” journalists like Carey Gillam. Her book Whitewash: The Story of a Weed Killer, Cancer, and the Corruption of Science exposes Monsanto for what it is, for what it has done and continues to do to our food supply, our air, water, land, and wildlife.

The glyphosate ruse is further enabled by the U.S. Dept. of Justice, which last month submitted an amicus brief repeating Monsanto’s oldest ploy in defense of the company’s Roundup. “Our” government submitted the brief in an attempt to overturn a jury verdict which found Roundup exposure caused non-Hodgkin lymphoma in a California man.

The Roundup lawsuit petitions also explain that while Monsanto and the EPA focus on the red herring of glyphosate, the real problem with Roundup is that all of its adjuvants and surfactants mixed with glyphosate create a poison cocktail at least 1,000 times more toxic than glyphosate alone. Glyphosate is never used alone, but that is what Monsanto and the EPA would have us believe, as the company and its government partners attempt to whitewash reality with a giant paint brush used to obscure the truth.

One of the children whose case is set to be heard this year is 12-year-old Jake Bellah. His lawyer filed a motion in July 2019 to expedite his case because of his age. Monsanto/Bayer lawyers opposed the motion. They said they required more time to prepare their defense in light of  the plaintiff’s age and unique medical issues.

The Bellah family’s attorneys said Jake was exposed to Roundup (glyphosate) over several years whiled he was growing up. He played in the yard and around the garden where his father often applied Roundup. The petition states Jake contracted NHL as a result. He has since submitted to chemotherapy; his illness appears to be in remission.

Other families of young children are also attempting to hold Monsanto/Bayer accountable for Roundup (glyphosate).  Last summer, US Right to Know reported that at least five other children have cases pending against Monsanto/Bayer.

All three previous glyphosate trials have ended in verdicts for plaintiffs.  The first trial, in August 2018, rendered a $289 million verdict (later reduced) for DeWayne Johnson, a former groundskeeper in a California school district.  Another Roundup (glyphosate) trial, in May 2019, saw a jury award a $2 billion verdict to Alberta and Alva Pillod.  They both contracted NHL from glyphosate exposure.

U.S. District Judge Vince Chhabria  presided over DeWayne Johnson’s case. He called Monsanto’s actions “reprehensible.”  He noted that instead of properly investigating  the actual  science behind real Roundup dangers, Monsanto instead spent its time and money to “combat, undermine or explain away any challenges to Roundup’s safety.”  He said Monsanto demonstrated a “lack of concern about the risk(s).”

The judge’s opinion is shared by millions of people around the world. Many continue to speak out and fight against the use of Roundup and glyphosate and Monsanto’s other toxic concoctions that the company would have us believe are necessary to “feed the world.

of the company revealed in the Roundup lawsuits give the lie to any notions that Bayer/Monsanto is a philanthropic enterprise.  Anyone with a modicum of intelligence and 20 minutes to study the issues can quickly discover that GMO agriculture and chemical farming is anything but a long-term solution for the world’s food needs. Chemical farming is nothing if not an ongoing disaster for the world.

Monsanto’s PR push that it means to “feed the world” with “sustainable” agriculture is only a lie of a soundbite adopted by Monsanto-owned politicians that include President Trump, whose administration has infamously pledged that it “has Monsanto’s back.”  The same infamy applied to the Obama administration, and if we try to imagine things would be better with Hillary Clinton, we need to remember that she was called the “queen of Monsanto” for ample reasons. The company is nothing if not an equal-opportunity political power.

Bayer’s Reputation as bad as Monsanto’s

The news that children have contracted NHL after being exposed to glyphosate should further erode Bayer’s already rusted reputation, which nosedived like a Stuka dive bomberr after its WWII connections to IG Farben and the Nazi war machine became public knowledge. Bayer has taken a further dive following its 2018 takeover of Monsanto. Since that move, Bayer’s net value has fallen below the Monsanto purchase price of $63 billion. Bayer shareholders have lost nearly $40 billion since the Monsanto takeover. In April 2019, they condemned CEO Werner Baumann and other executives in a no-confidence vote over their role in the acquisition and subsequent loss of Bayer share value.

More than 43,000 Roundup lawsuits have now been filed against Monsanto/Bayer . While the company gestures that it might settle Roundup cancer cases, it  continues to defend Roundup, insisting it is “safe” if “used according to directions.” Meanwhile, U.S. government figures continue to work boldly in public and also behind the scenes in an effort to help the company escape liability as it continues to poison the world with impunity.

Why is Chlorpyrifos Pesticide not Banned?