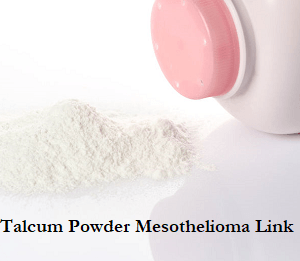 ordered Johnson & Johnson to pay a California woman $417 million this week, for failing to warn her that its talc products are cancerous.

On August 21, 2017, the Los Angeles jury issued the largest verdict yet in a series of trials which J&J has mostly lost. The drug and medical device giant has now lost 5 of 6 talc cancer verdicts.

Johnson & Johnson and its lawyers will have a harder time writing this verdict off as the product of an unfair venue, which they have done in the past.  The company lost one verdict in South Dakota, though that one received scant attention because the victim had survived chemotherapy (at least at the time of the trial); so the jurors awarded no damages.  Then J&J lost three high-profile verdicts in St. Louis Missouri.  Consequently, the company and its well-paid lawyers and bloggers have tried to write off those Missouri verdicts as a result of a judicial district unfair to corporate defendants.

Look now for attacks on California jurors, or the state itself, as J&J and its corporate apologists and well-paid trolls of every stripe will try to tattoo the state and its jurors to somehow explain away this one, too.

Could it simply be that the 12 jurors were sane and simply cognizant for the California trial?  Could it be that they heard the science from paid experts on both sides, then determined that it is more likely than not that Eva Echeverria’s ovarian cancer was caused by Johnson & Johnson talcum products?

Plaintiff Dying of Ovarian Cancer
The plaintiff, Eva Echeverria, was diagnosed with ovarian cancer in 2007.  A surgeon removed a softball-sized tumor from Ms. Echeverria, but she is now near death.  She was unable to attend the trial.

In video-recorded testimony played for the jury, Ms. Echeverria testified that she used Johnson’s Baby Powder from age 11 until 2016, when she saw a news story about a woman with ovarian cancer who had also used Johnson’s baby powder.

Johnson’s Baby Powder is one of the company’s best-known products. It was once heavily marketed with the catchy jingle, “A sprinkle a day helps keep the odor away.”

Ms. Echeverria testified that if Johnson & Johnson had put a warning on its talc product, she would have stopped using it.

Jury deliberates Two Days
Jurors deliberated for two days, before awarding Ms. Echeverria $70 million in compensatory damages and $347 million in punitive damages.  The jury panel found there was a connection between her ovarian cancer and the baby powder.

J&J will appeal Verdict (of course)
Johnson & Johnson immediately announced that it would seek to overturn the verdict.  Company attorneys argued throughout the trial (as they will in their appeal) that science doesn’t back the connection between talc and ovarian cancer.

J&J said in a statement: “We will appeal today’s verdict because we are guided by the science, which supports the safety of Johnson’s Baby Powder.”  (Sounds good if you say it fast enough.)

J&J lawyers argued throughout the trial that various scientific studies, as well as federal agencies, including the U.S. FDA, had not found talc products carcinogenic. (The FDA has also approved a couple dozen drugs that were later pulled for serious and sometimes fatal problems, but J&J lawyers didn’t include that information in their appeal to the FDA’s alleged authority.)

Among the studies J&J cited was one in 2000 by researchers at Harvard University that was part of the National Nurses Health Study of more than 121,000 women, 78,630 of whom said they had used talc.  Ovarian cancer eventually struck 307 of them.  The researchers concluded there was “no overall association” between talc use and “epithelial ovarian cancer.”  There was, however, a “modest elevation in risk” for one variety of the disease, invasive serous ovarian cancer, which is the one killing Ms. Echeverria, according to court documents.

Ms. Echeverria’s attorneys argued that women nationwide trusted Johnson & Johnson not to market an unsafe product.  They learned too late that J&J had known long ago about other research showing a relationship between talc and cancer.

1982 Study showed Talc Increases Cancer Risk
The lawsuit petition cited a 1982 study that shows women who used talc on their genitals were at a 92% increased risk for ovarian cancer.  The lead researcher in that study, Daniel W. Cramer, later advised Johnson & Johnson to put a warning label on the product.  The plaintiff’s lawyers argued that J&J failed to include the warning because it would have seriously cut into their profits, as warned women would not have used Johnson’s Baby Powder or Shower to Shower talc, or would have used the products much more sparingly.

According to the National Cancer Institute, ovarian cancer accounts for 1.3% of all new cancer cases in the United States.  It is the eighth most common cancer and the fifth-leading cause of cancer-related death among women.  Fewer than half of all patients survive five years after an ovarian cancer diagnosis.

Other J&J Talc Cancer Verdicts
Johnson & Johnson has prevailed in just one of six trials against the company in the talcum powder cancer litigation. In 2013, a South Dakota jury sided with a woman plaintiff who blamed J&J’s talc powder for her ovarian cancer, and three previous juries in St. Louis sided with plaintiffs, for a total of $197 million in verdicts against the company.  Five juries have now awarded plaintiffs more than $614 million in total verdicts against Johnson & Johnson in the talcum cancer litigation.