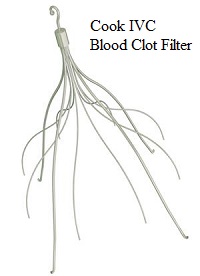 Medscape commentary published August 7, 2018 declares that IVC filters need randomized controlled trials (RCTs).  Authored by Vinay K. Prasad, MD MPH – a hematologist-oncologist – the opinion piece explains exactly what RCTs are and why we need them for IVC filters and other medical devices.

Dr. Prasad penned the piece after reading a Twitter debate over whether we should run an RCT of the inferior vena cava (IVC) filter for patients with a venous thromboembolism (VTE) and a contraindication to anticoagulation.  Like so many runaway Twitter debates and diatribes, it was apparently fraught with ill-informed people flinging knee-jerk opinions before even clarifying the terms which made them butt heads.

The associate professor of medicine at Oregon Health and Science University explained that there are two basic prerequisites for a product requiring a randomized control trial.

First, he explained, randomized controlled trials are for interventions that are thought, or hoped, to offer benefits.  He contrasted them with devices or inventions which we know need no control group for comparison.  He offered examples such as smoking, drinking battery acid, falling off a bicycle, or getting kicked by a horse.  We don’t need a control group of people who don’t smoke, drink acid, fall off a bike, or get kicked in the head to know those things are bad. By contrast, we run randomized trials when we don’t know whether or not an invention, like an IVC filter, leaves us better off by using it than if we had avoided using it.

Second, Dr. Prasad points out, randomized trials are run for interventions that, at best, offer modest to medium benefits.  Again by contrast, if we know a light switch is beneficial, then we don’t ask or run RCTs.  Or if jumping from a plane with a parachute saves us vs. not using a chute, then we don’t need an RCT to test parachute vs. non-parachute jumpings.

To run or not to run an RCT gets most controversial when we consider medicine and medical devices.  RCTs are mentioned so often in medicine, explains Dr. Prasad, because “medicine lives in the ‘RCT zone.’”  Dr. Prasad explains, “Most of what we do involves offering interventions thought to benefit our patients, and most of what we offer confers a modest benefit, at best.”

Here’s where it gets interesting, and troubling.  The evidence shows that most medical practices are not beneficial for mortality.

Dr. Prasad wrote:  “Data support the idea that medical treatments rarely have large benefits. Researchers studied every medical practice in the Cochrane database and found that only 1 in 80,000 practices had a very large, consistent benefit on all-cause mortality.”  Extracorporeal membrane oxygenation (ECMO) for neonates was the only one in 80,000 practices that showed a benefit for mortality!

Meanwhile, doctors have for years touted a list of practices with overwhelming benefit but lacking RCTs; that list includes just a few hundred items. That woeful number starkly contrasts with the hundreds of thousands of interventions and practices performed in biomedicine.

However, says Dr. Prasad, that doesn’t stop experts from pretending their “pet intervention” is an indispensable parachute and touting it as such.  The IVC filter is one such medical invention touted as a parachute, though no studies have proven that it is, or has ever been anything of the sort.

Dr. Prasad points to a recent paper in JAMA Network Open, in which Turner and colleagues found the IVC filter associated with an increased risk for death when used in patients with venous thromboembolism and a contraindication to anticoagulation.  That is especially troubling because that is the one group for which guidelines consistently recommend IVC filter use.

After adjusting for a common problem in observational data called immortal time, the authors found IVC filters associated with increased mortality (hazard ratio, 1.18; 95% CI, 1.13-1.22; P < .001). Dr. Prasad acknowledges that this study has limitations like all observational studies, but says we don’t have RCTs to guide us on this question.

Three randomized trials of IVC filter placement to date have included at least 100 participants, and none show a mortality benefit, even with extended follow-up. Curiously, all trials excluded patients with a contraindication to anticoagulation, which is again the only group which guidelines consistently recommend use IVC filters.   Additionally, said Dr.Prasad, “[O]ne of the three trials used an odd methodology that screened patients for symptoms of pulmonary embolism (not letting clots present on their own).

Studies Show No Benefit for IVC Filters in Any Setting

“[T]he available evidence base for IVC filters is lousy,” declares Dr. Prasad.  “All observational studies have limitations—in this case, the patients who got filters may be different from those who did not; and these differences, and not the filter itself, may be responsible for any findings—and we may not be able to adjust for all of these factors. Moreover, all of the relevant RCTs are small and limited, and none show a clear benefit for filters in any setting. And there are no studies in the setting of contraindication to anticoagulation—a common reason why filters are placed.”

RCTs are needed for IVC filters because we only hope, but do not know, whether they benefit people.  IVC filters are costly, invasive, and harmful; and they’ve now been shown to offer no mortality benefit to the only group of people for which they are consistently recommended by common medical practice.

Something is terribly wrong with a system that allows a product to be implanted by the hundreds of thousands into people with no evidence of benefit.  Consequently, problems with IVC filters have led to IVC filter lawsuits being filed all across the country.