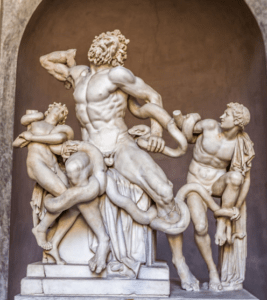 historic lawsuit, the Vatican (Holy See) has been named as a defendant for turning a known pedophile priest loose in several Roman Catholic dioceses and institutions. Rather than dismissing the known perp from the priesthood, the Roman Catholic church allowed him private access to more children whom he also subsequently abused. The lawsuit complaint alleges that even after the man committed more sex crimes against more children, the Holy See protected him until his death.

The suit is believed to be one of the first civil cases to charge the Church with providing safe harbor to a priest the Church knew was a pedophile. Pior to his ordination, he had already pleaded guilty to sexually abusing a minor boy. The suit alleges that the Church subsequently moved the convicted priest to the Archdiocese of New York.

While the Holy See has been named as a defendant in similar cases, the claim filed today in the Southern District of New York — on behalf of a now 52-year-old New York man – is one of the only cases in which the Roman Catholic Church is charged with knowingly transporting a pedophile priest to Vatican City to live out the rest of his life. That move kept the alleged perp from facing prosecution in the United States for his crimes.  In fact, in 2003, after his removal, charges were filed against the priest for allegedly sexually abusing young boys during a short stay in the Archdiocese of Boston.

Filed by Matthews & Associates Law Firm of Texas and D’Arcy Johnson Day of New York, the lawsuit complaint alleges that Reverend Barry F. Bossa abused young boys with the full knowledge and protection of all levels of the Roman Catholic Church. Other defendants named include Our Lady of Mount Carmel Church, the Archdiocese of New York, the Archbishop of New York, and the Society of Catholic Apostolate.

“We’re talking about an elaborate scheme where abusers can be shuffled through a system and ultimately plucked out of the United States by the Vatican for protection from prosecution,” says attorney David P. Matthews, whose firm currently represents more than 330 victims in cases of abuse by Catholic priests.

In 1974, Fr. Barry F. Bossa pled guilty in Malone, New York to misdemeanor sexual abuse, which was reduced from a felony charge, for performing oral sex on a 12-year old boy. Despite its knowledge of his past abusive behavior, Bossa was ordained by The Society of Catholic Apostolate, known as the Pallottines, in 1981.

Shortly after arriving at Mount Carmel Church in 1981, he began sexually abusing the Plaintiff named in this newly filed civil complaint.

After his criminal history was brought to public light, Bossa was directed to move to the Vatican in 2002.  He died on May 20, 2007.  As recently as a year ago, a photo of Bossa with the Plaintiff in his altar service attire was still on display in the halls of Our Lady of Mount Carmel Church.

The case against Bossa was filed under New York’s Child Victims Act, which extends the statute of limitations for a survivor of child sexual abuse in the state.  Under the Act, survivors can now file a claim for childhood sexual abuse until they reach age 55, but this age extension is only prospective.  Therefore, the Act also provides those currently barred claims a one year “retroactive window” to file. Under this window, the claim must be brought no later than August 14, 2020, one year after the effective date of the Act.

“Many of these priests have passed away while the victims of their abuses have been forced to live a lifetime of pain,” says Mr. Matthews. “But at least New York’s law change can help many victim survivors who were previously shut out of the justice system by statutes of limitations issues.”

The lawsuit complaint seeks a jury trial to question individuals from the Holy See about the Church’s decision to give aid and comfort to a known sexual predator.