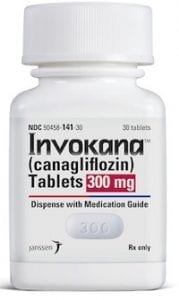 FDA reviewers  expressed concern over the safety and efficacy of Invokana before voting to approve it for sale. In fact, just 67% of them decided that letting Invokana hit the market was a good thing. An FDA committee met on January 10, 2013 to assess Invokana and determine whether it made sense to let Johnson & Johnson’s Jannsen Pharmaceuticals market it for help with diabetes.


An FDA committee of 15 people discussed new drug application (NDA) 204042 for canagliflozin tablets, or Invokana. It was submitted by Janssen Research and Development, LLC. A member of the sodium-glucose co-transporter 2 (SGLT2) inhibitors, Canagliflozin was, said FDA, developed to improve glycemic control in adults with type 2 diabetes mellitus.

The FDA report of the January 10, 2013 meeting says, “The committee members generally agreed that the benefit-risk profile of canagliflozin in patients with type 2 diabetes and moderate renal impairment should be considered differently from the general population. The committee members expressed concern about usage in these patients, owing to a decreased efficacy, especially when combined with an increased incidence of side effects. The committee members further discussed a discomfort with the relatively small volume of data to support use in this population (emphasis ours). (One) committee member also mentioned a concern over the cardiovascular risks of the drug, given an existing elevated cardiovascular risk in patients with renal impairment.”

The 15 committee members were asked to vote on two important questions to determine whether Invokana were worthy of market approval.

The first question put before the committee was: “Based on the data submitted and considering the points of discussion in question 3 [which involved Invokana cardiovascular risk], do you have any concern regarding a conclusion that a risk margin of 1.8 has been excluded for canagliflozin?”

The 15 members voted 8-7 to say that the drug passed an acceptable risk measure. That razor-thin margin can hardly be called a vote of confidence in the drug’s safety profile.

The next question put before the committee was all important: “Based on the information included in the briefing materials and presentations today, has the applicant provided sufficient efficacy and safety data to support marketing of canagliflozin for the treatment of Type 2 diabetes mellitus? The committee voted 10-5 on that question, better than 8-7 but once again hardly a ringing vote of confidence in the new drug.

Unknown Cardiovascular Risks
The FDA reviewer taking the minutes of the meeting cautioned that, “The committee members who voted ‘no’ cited similar concerns over unknown cardiovascular risk and usage in moderate renal impairment, which were frequently stated as overriding concerns (emphasis ours). One committee member who voted ‘no’ expressed comfort with the benefit-risk profile in combination therapy, but described a lack of comfort with usage as monotherapy since the drug had not been compared against metformin, which is the standard initial therapy in Type 2 diabetes. An additional committee member voiced concerns over the potential for renal damage, (emphasis ours) and suggested a possibility of prolonging hypoglycemia in the elderly.”

With such tepid approval, and now with the risk of ketoacidosis made much more clear with strengthened FDA Warnings for Invokana and Ketoacidosis, it is difficult to see why such a drug ever made it to the market in the first place. Not surprisingly, problems with Invokana and its link with ketoacidosis began to show up almost immediately after the drug’s approval.