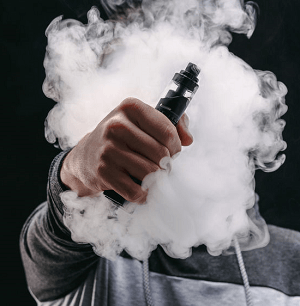 E-cigarettes may be promoted as a safe alternative to real cigarette smoking, but e-cigarettes can kill a person just as effectively as real ones can. Earlier this year, a 24-year-old Texas man died after a brand new vaping pen device exploded in his face. The cause of death was confirmed by the Tarrant County medical examiner’s office.

William Brown of Fort Worth had just left a vaporizing store in Keller when it happened. His grandmother, Alice Brown, told a local reporter that William had just bought the device and was using it for the first time in her car. After the explosion, she said William crawled toward the back of the car and collapsed on the pavement. He died at John Peter Smith Hospital two days later.

Mr. Brown’s cause of death was listed by the medical examiner as penetrating trauma from an exploding vaporizer pen. The report says the explosion severed his left carotid artery. Ms. Brown told a reporter that JPS doctors said William suffered a stroke inside the car and eventually suffered a brain bleed.

William was not a regular vaping pen smoker, Brown said. An asthma sufferer, he had been told a certain vape pen could help with asthma symptoms. She said she didn’t know if what he had heard was true.

On Jan. 27, 2019, William left her house intending to stop at his bank. But first, he stopped at the vape store and bought the exploding pen.

An investigator in the case told Ms. Brown the battery had caused the explosion. She searched through her blood-splattered car for pieces of the exploded vape pen. She said she found a battery showing its serial number.

“That’s the important part,” she told Fort Worth Star Telegram reporter Amanda McCoy. “That’s what the investigator said he needed. (I) hope it stops someone from [smoking electronic cigarettes]. I don’t know how many more people will have to die.”

William Brown is thought to be at least the second person in the country killed by an exploding e-cigarette.

In May 2018, Florida authorities investigated the death of 38-year-old Tallmadge D’Elia. He suffered multiple injuries after his e-cigarette device exploded in his face. A medical examiner’s report listed his cause of death as “projectile wound of the head.” Mr. D’Elia also suffered burns over 80 percent of his body.

According to FEMA, some 195 incidents of explosions and fires caused by e-cigarettes were reported between January 2009 and December 2016. Injuries occurred in 133 of those cases, with 38 severe injuries. No deaths were reported to FEMA.

A more recent study, done in part by Dennis Thombs, dean of the School of Public Health at UNT Health Science Center, showed that e-cigarette injuries are widely underreported across the country. Researchers found that some 2,035 e-cigarette explosions and burn injuries resulted in hospital emergency room visits from 2015 to 2017.

That number was more than 40 times higher than the number of injuries reported by the FDA from 2009 to 2015. The study also found a lack of a surveillance system to track those injuries.

Some of the more serious injuries include burns and loss of eyes or teeth. The majority of burn injuries occurred on the upper leg.Other e-cigarette injuries include strokes, a mysterious lung ailment, and nicotine addiction.