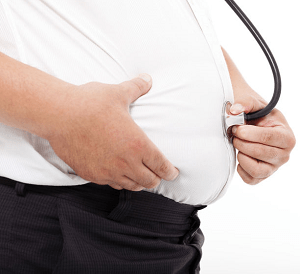 drug Belviq has been linked to pancreatic cancer. It can also raise the risk of colorectal cancer and lung cancer. Belviq was recalled in February 2020 by its Japanese drug maker Eisai, which also recalled the longer-acting Belviq XR.

The FDA and Eisai announced the recall after a five-year safety study showed Belviq and Belviq XR significantly raise the risk of cancer.

Diet drugs are popular in America because the country has a chronic weight problem. The cause of that problem is often debated, as many “scientific studies” reach conflicting conclusions. In addition, the studies are often “sponsored” by the meat or dairy industry, or other organizations with vested interests in conclusions.

Two related causes, however, always stand out enough to make any “study” results dubious. Common sense alone says they should.  We eat too much food and don’t burn enough of it; so the excess stores as fat. For optimal health, output should match input, and for most of us that just doesn’t happen. As our chins double, bellies bulge, and our own toes disappear from sight, we hope that we can fix it all with a pill, a diet pill, say, like Belviq. Why not try to cheat Mother Nature with a pill in order to enjoy more food and not have to burn it off with tiresome and time-consuming exercise? We know it’s not nice to fool Mother Nature, because she always strikes back, as the old margarine ads used to say, but that doesn’t mean we don’t keep trying.

The U.S. Department of Agriculture (USDA) reports that the average American ate almost 20% more calories in 2000 than he did in 1983. A boom in meat consumption drove that fat charge. Each American today consumes an average of 195 lbs. of meat every year. Compare that with just 138 lbs. consumed in the 1950’s, and you can begin to see the problem. Consumption of added fats also rose by around two thirds over that same time frame, while grain consumption (with much of it now genetically perverted with chemicals) has risen 45% since 1970.

World Health Organization research has found that increases in fast food sales also correlate with, and parallel, an ugly increase in body mass index. Americans are notorious for their fast-food consumption, which sadly (for the environment and for dangerously obese Americans) makes up about 11% of the average American diet. In addition, sugar is also fattening and killing Americans faster than it used to. Another study has shown how added sugars from soda and energy drinks bloat American bellies. Like excess meat consumption, the dangers of excess sugar are hard to overemphasize.

Into this breach come the diet drugs.

Compared to placebo, the weight-loss benefits of Belviq were extremely modest, at best. Over the course of one year of diet and exercise, patients taking Belviq lost an average of 3 to 3.7 percent of their starting body weight. A 200-pound person, for example, could expect to lose an extra 6-7 pounds while taking Belviq. She would, however, have to continue taking the drug for the rest of her life to maintain that small weight loss. The makers of Belviq first recommended that patients cease taking the drug if they didn’t lose at least 5 percent of their body weight in the first 12 weeks.

The FDA first rejected Belviq in 2010, because the drug’s maker was unable to answer questions about cardiovascular side effects and Belviq’s’s propensity to cause cancer in rats. The FDA had previously recalled the diet drug Fen-Phen for cardiovascular issues, and presumably did not want to unleash a similar dangerous diet drug on the public. Fen-Phen, the reader might recall, was recalled in 1997.

To address the FDA’s cardiovascular concerns, Belviq’s maker, Arena Pharmaceuticals, sponsored trials in which thousands of patients — taking either Belviq or a placebo — received regular echocardiograms to see if Belviq was harming their heart valves. The FDA panel concluded Belviq was safe enough to go on the market; nevertheless, the agency recommended an extensive post-marketing study to rule out cardiovascular complications.

The cancer seen in rats, however, was an issue that was never satisfactorily settled. Hence the drug has now been pulled from the market and the company is expected to face a wave of Belviq cancer lawsuits.

How does Cancer Threat Belviq get FDA approval?