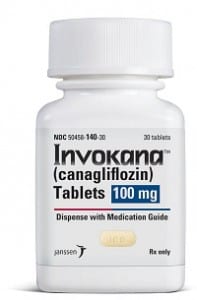 Popular diabetes drugs Invokana, Farxiga, and Jardiance can raise kidney and bladder cancer risk, the risk of ketoacidosis, and the risk of genital amputations.

First introduced in 2013, these SGL2 inhibitors are supposed to work by reducing a certain protein and forcing the kidneys to flush glucose out of the body instead of absorbing it.  The problem is that altering the body’s natural processes can cause other problems.

Genital Amputations, other “Side Effects”

Invokana and the other SGL2s can raise the risk of amputations of the genitals or genital amputations.

The diabetes drugs Invokana, Farxiga, and Jardiance have been linked to causing Fournier’s gangrene of the genitals, or necrotizing fasciitis.  The FDA reported in September 2018 that it had received reports of at least 11 people who suffered Fournier’s gangrene of the genitals from Invokana and other SGL2 drugs. All of the people required painful surgery; one of them died from the condition.

Though SGL2 inhibitors have proven dangerous or deadly for many people, these drugs account for more than $2.5 billion annually in Big Pharma profits.  Invokana alone brought its maker, Johnson & Johnson, $1 billion in sales in 2018.

Several studies have linked Invokana, Farxiga and Jardiance to kidney and bladder cancer:

Compensation for those Diagnosed with Kidney, Bladder Cancer

Patients who have been diagnosed with bladder or kidney cancer after taking Invokana, Jardiance or Farxiga may be entitled to compensation for medical costs, pain, suffering, and other losses.

The manufacturers of these medications may be liable for damages if the makers can be shown to have known about the drugs’ dangers but failed to properly warn doctors and patients.

Cancer risks from SGLT2 diabetes drugs first appeared before 2012 in early clinical trials.  The FDA granted approval for these drugs only on the condition that their makers would conduct more safety testing in the form of post-marketing studies.  Notably, none of these drugs’ makers have added warnings about cancer in the years since, despite several studies suggesting a raised risk.

The good news about kidney and bladder cancer is that these types of cancer usually have high rates of treatment success.

Bladder Cancer Symptoms include blood in the urine, pain in the side or back, pain during urination, and frequent urination.

Treatment of bladder cancer may include chemotherapy, radiation therapy, surgery, or immunotherapy.  The survival rate with these treatments can be as high as 77%.

Common symptoms of kidney cancer include blood in the urine, a mass in the abdomen, persistent sweating, abdomen pain, weight loss.

If you or a loved one developed bladder or kidney cancer after taking an SGL2 inhibitor drug – such as Invokana, Jardiance, or Farxiga – contact us for a free legal consultation regarding a potential lawsuit against that drug’s maker.  We work on a contingency fee basis; we don’t get paid unless we achieve financial compensation for our clients.  We look forward to speaking with you.