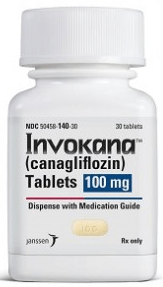 The diabetes drug Invokana raises the risk of foot and leg amputations. As a result, the FDA required Johnson & Johnson to add new warnings to the Invokana drug label in 2017.

The agency required the warnings after two clinical trials showed leg and foot amputations occurred about twice as often in patients with type 2 diabetes treated with Invokana (canagliflozin), as those given a placebo. The FDA announcement came May 17, 2017, along with a posting on its website.

FDA Boxed Warning
The FDA said the warnings include a boxed warning, which is reserved for the most serious possible adverse events.

Diabetes Drug Invokana
Invokana is part of a newer class of type 2 diabetes drugs called SGLT-2 inhibitors. These drugs are promoted to help remove excess blood sugar through urine. Other drugs in the class include AstraZeneca’s Farxiga and Eli Lilly’s Jardiance.

Amputation Risk Doubles for Invokana – Study
The FDA noted that results of one clinical trial showed the risk of amputation in patients treated with Invokana was equivalent to 5.9 out of 1,000 in a year’s time, compared with 2.8 out of 1,000 for patients given a placebo drug.

Diabetes Drug Raises Risk of Foot, Leg Amputations
The FDA said amputations of the toe and middle of the foot were the most common, but that partial leg amputations also occurred below and above the knee.

Untreated type 2 diabetes can cause blindness, nerve and kidney damage and heart disease.


Anyone who has taken Invokana and suffered an amputation could be eligible for financial compensation for pain and suffering, loss of income and quality of life.  Contact an experienced drug injury attorney now for a free legal consultation.