Attorney Mark Chavez of Matthews & Associates Law Firm has worked extensively, and successfully, in the firm’s IVC Filter litigation.  He has been named to the 2020 Texas SuperLawyers list, as well as being honored as a SuperLawyers Rising Star. In addition, he has been selected by the National Trial Lawyers Association as one of the top attorneys in his state and region. Mr. Chavez focuses much of his legal practice on medical device and dangerous drug cases.  He has also worked on car and truck accident cases, including GM Recall Lawsuits.

Mark Chavez’ passion for working to help people in need was instilled from an early age. His father served as a Justice of the Peace in El Paso, Texas for 28 years. Mark left his home town to attend St. Edwards University in Austin, Texas, where he earned dual degrees in Business Administration and Psychology.  He moved from Austin to Houston in order to attend the prestigious South Texas College of Law, where he earned his Law Degree. 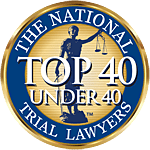 began with a firm created by two former insurance defense lawyers who had decided to switch sides and focus on representing plaintiffs in personal injury cases.  This early training from a defense-minded legal team helped Mr. Chavez gain invaluable perspective in how the other side thinks.  That early experience gives him an advantage in representing those injured by the negligence of others.

After joining Matthews & Associates in 2012, Mr. Chavez was instrumental in a leadership role on several eDiscovery teams working to review internal documents from some of the world’s biggest drug and medical device manufacturers.  He was quickly promoted to help manage the firm’s GM Recall product liability lawsuits, where he personally worked up several death and catastrophic injury cases, leading to substantial settlements for many victims and/or their surviving family members.

Mark now focuses most of his attention on the firm’s substantial IVC docket.  He was instrumental in helping Matthews & Associates obtain the first state court verdict against Cook Medical, in a case where a Houston-area firefighter experienced severe complications due to a Celect IVC filter.  Mark has also played an integral role in bellwether trials in both the Cook and Bard MDLs.  He helped lay the foundation for the most recent verdict in the third case to reach a Jury against Cook Medical, helping another law firm in that IVC filter lawsuit.

In his free time, Mark is an avid runner and sports enthusiast. He spends his rare leisure time with a family that includes a beautiful partner, one young son, and three dogs. 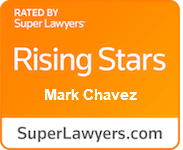