Attorney Lizy Santiago works extensively in Matthews & Associates mass tort dockets for medical devices and pharmaceutical drug cases. Lizy speaks fluent Spanish. She is a mother of four who was born in Chicago, Illinois to Puerto Rican parents. She was raised mostly in Puerto Rico until the age of 12, when her family relocated permanently to the continental United States. Ms. Santiago spent her teenage years in Florida and Texas, graduating from J. Frank Dobie High School in Houston.

Ms. Santiago earned a Bachelor of Science degree in Legal Studies from the University of Houston in 1992, and entered South Texas College of Law that fall.  She married in the winter and had her first child a year later.   She attended law school at night and worked during the day to help support her family. In January 1996, during her final semester of law school, she began law clerking for David Matthews at the firm in which he was then a longtime partner.  She joined Mr. Matthews when he moved to found his own firm, Matthews & Associates.  Fully fluent in Spanish, she is a vital part of the firm, which has represented many Spanish-speaking clients across the country as well as in other parts of the world.

In 1998, Ms. Santiago worked on the first round of fen-phen diet drug litigation. Since then she has helped foster the growth of the pharmaceutical litigation department. She has headed several drug litigation dockets, including Fen-Phen 1, Rezulin, Serzone, Vioxx (Puerto Rico), Zyprexa, Seroquel, Bextra / Celebrex and Avandia. 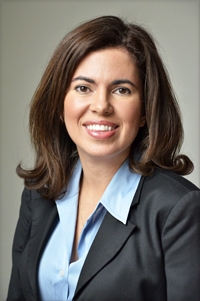