Attorney Kevin Edwards is of counsel to Matthews & Associates. He works in the firm’s medical device and dangerous drug litigation.

Mr. Edwards is is a native of Houston, Texas.  He graduated from Houston’s Alief Hastings High School, then attended The University of Texas at Austin on a swimming scholarship. He was a member of the 1995-1996 National Championship Swimming & Diving Team.  Mr. Edwards earned a Bachelor of Arts in Government and a Minor in Business.  He studied law at Texas Tech University, earning a Juris Doctorate. He was a member of the Texas Tech Law Review, serving as the 3L class president.

In September of 2003, Mr. Edwards joined a civil litigation law firm in Dallas, Texas, that defended corporations, insurance companies, employers, trucking companies, and numerous businesses and individuals throughout the State of Texas.  After five years on the defense side of the docket, Mr. Edwards wanted to help plaintiffs whom he had seen from experience suffered real injuries and were deserving of compensation.

In the last decade, Mr. Edward has focused his practice on helping those who have been injured or harmed by the negligence, malfeasance, or recklessness of others.  While working with Matthews & Associates, Mr. Edwards has represented numberous victims in medical device and pharmaceutical mass tort litigations, including Transvaginal Mesh, IVC Filters, Actos, Pradaxa, Xarelto, Paxil, Depakote, and Topamax.

In 2014, Mr. Edwards was part of the trial team that obtained a jury verdict in the amount of $73,465,000.00 on behalf of his client who suffered injuries as a result of a defective transvaginal mesh sling. The verdict earned a spot in the top 15 verdicts in the United States for 2014. 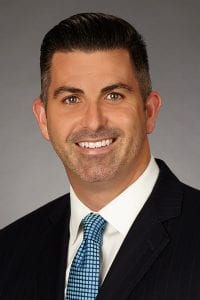