Attorney Conrad Adams has been honored as a Texas SuperLawyer every year from 2016 to 2019.  He heads up Matthews & Associates’ Invokana Lawsuits docket over SGL2 inhibitors, as well as Railroad Injury litigation. He also ran the firm’s Risperdal, Accutane, and Reglan litigation teams. Mr. Adams has also handled medical device injury claims, product liability, and various other personal injury litigation, including GM recall cases resulting from automobile design defects. As an attorney, Conrad applies the same aggressive approach to the practice of law that earned him the privilege of representing the USA  in the Olympic Games.  He is licensed to practice law in Texas, Minnesota, Pennsylvania, and Colorado.

Dear Mr. Adams, Just a note to express my appreciation for the manner in which you handled my case. You made every effort to obtain as much of a settlement as possible. I respect the manner in which you persistently approach the opponent very professionally and tactfully. You were successful in negotiating the maximum settlement. I appreciate your efforts and your professionalism. – Adolfo V. of Texas 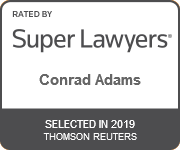 competed in the 1992 Olympic Games in Barcelona, Spain, as captain of the U.S. Pentathlon team. He was raised as an army brat in Colorado, Tennessee, Germany, and Virginia, where he attended Virginia Episcopal School for three years and graduated from Stafford High School. He attended N.C. State as a member of the Swimming and Diving team, then moved to Texas in 1989 to train for the Olympics.

Conrad Adams received his undergraduate degree from Texas A & M University, majoring in Biology with a minor in Chemistry. He received his law degree from The University of Texas School of Law. Prior to law practice, Mr. Adams worked as a Big Pharma sales representative, experience which has given him valuable insight into Matthews & Associates’ extensive pharmaceutical litigation. 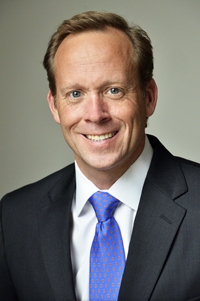